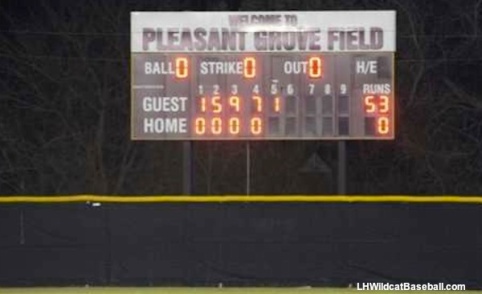 I read Jake Karton’s post on the National Association of Youth Sports website where he advocates for doing away with the mercy rule in youth sports.  I was caught off guard that anyone would advocate for doing away with the mercy rule.  A Google search of ‘mercy rule’ actually comes up with a mix of positions [it also results in a lot of information about the Kirk Cameron movie of the same name; which is very good, by the way].  Turns out what I thought was a widely accepted mechanism for displaying and teaching sportsmanship in youth sports is not so universally accepted.
Karton makes his case against the mercy rule by stating that the “mercy rule was instituted to protect younger athletes by sparing them the embarrassment of a loss”.  I disagree with this assertion.  In every recreational league I have coached or my kids have played, the mercy rule didn’t shield the kids from losing.  It did, however, stop kids from being hurt physically or emotionally by an overwhelmingly better team (with by the way, in many cases, an over-aggressive adult coach).  Karton highlights the value of the mercy rule in protecting kids physically, and I agree.  What he misses are the emotional and/or psychological injuries a team that is getting beaten handily might endure.  Further, neither side is learning or getting better when the game is obviously lopsided.  The winning team is not getting any competition and might as well be practicing.  The losing team is unable to put into play what they have learned in practice when they are getting creamed.

The definition of ‘mercy’:  compassion or forgiveness shown toward someone whom it is within one’s power to punish or harm.  Maybe better are the synonyms:  leniency, compassion, and kindness.  Teams that are winning by such a margin that the mercy rule comes into play should be encouraged, either by rule or just the coach’s good sense, to keep from harming their opponents by showing compassion.

In terms of keeping the kids from the shame of losing; although I don’t know that I agree with shutting the scoreboard off, don’t kid yourself that the kids that are losing don’t know they’re losing.  If the mercy rule is in play, the losing team is losing badly and everyone in the stadium knows it.  The mercy rule keeps the losing team from the shame of the continued embarrassment.  Applied appropriately, mercy rules can even allow both teams to keep playing.  For instance, I really appreciate a rule that Flag Football Fanatics employs where, if one team goes up by more than 28 points, the winning team does not get the ball until the losing team scores a touchdown (unless the losing team declines the option).  In addition, the league tries to avoid needing to employ the rule by maneuvering the schedule to get games between evenly matched teams.
Coaches who try to end the game as fast as possible by only playing their best players are definitely not getting it.  Don’t miss my emphasis here…I mean coaches in any youth sport; recreational, select/travel, and even high school.  Hustle and Attitude coaches play all their players on the team regardless of ability the same amount and in multiple positions.
While coaching Little League baseball in California years ago, we were playing a team whose coach had a much different philosophy 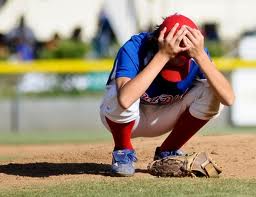 about recreational sports than mine.  His team was up by at least 10 runs in the 5th inning and was having their way with my pitching staff.  My assistant coach and I got upset when their third base coach sent a runner from second to score on a base hit.  Really?!?! Up by 10, you take advantage of the lack of skill of my kids to score another run.  Well, congratulations!  In a baseball game between 9-year olds, I would suggest taking your foot off the pedal when you are up by 10 runs is warranted.  His kids still get to play baseball if they only take one base at a time.  And mine get to try to get three outs and get out of the inning.
My bottom line, in reference to Mr. Karton’s article is that, although I agree with him that there is no benefit to shutting off the scoreboard (remember, the kids know the score anyway) and a focus on sportsmanship and education can have the same positive impact, I disagree that we should do away with the mercy rule altogether.  Particularly in recreational sports, the idea of showing compassion on a team that is grossly overmatched is also showing sportsmanship; teaching life lessons to children (and parents) on both sides of the score.

I am a father, a husband, a retired Air Force officer, and a dedicated youth recreational sports advocate. View more posts

One thought on “Do Away With the Mercy Rule?!?!”